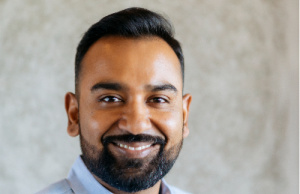 Sumit Gupta is CEO of SAGA Realty & Construction, Inc., and as such, Sumit has been an integral part in participating in community assistance with other members of the SAGA firm for the last two years before forming SCF.

Local community need has grown over these past few years, through the economic downturn and several natural disasters, and has impacted the lives of those around us. Even through these challenges, Sumit’s stewardship of the SCF philanthropic initiatives has been able to generate a positive impact in the community.  By donating his time and money to organizations such as Ruthie’s Kitchen, Food for Thought and “Meals on Wheels”, he has had a ‘hands on’ approach in the community. As such, he has learned that continued involvement should be both sincere and come with a long-term outlook.

These initiatives have been demonstrated by the various types of activities that combine donations, sponsorships and partnerships directed at ultimately securing funds for the not-for-profit organizations in need of sustained funding. Sumit strongly believes that he belongs to this community and is a philanthropist at heart. In addition to donating money to local charities such as the Community Free Dental Clinic, the March of Dimes and the Outer Banks Relief Foundation, he donates his time and his business expertise to help them become more efficient and more sustainable in the long term.

Sumit donates his time to many local organizations. He supports the Outer Banks Sporting Events, where all proceeds go to the Outer Banks Relief Foundation and the Dare County Education Foundation. He always provides them innovative ideas to make the events more fun, attract more attendees and help raise more funds.  He attends monthly meetings and helps plan the annual event for AAPI (Association of American Physicians of Indian Origins), which assists medical and dental students and students of human sciences, physicians and dentists to obtain scientific training in the United States. He has created a partnership with the Mustang Music Festival, which showcases local talent, including local kids. This event has an economic impact during the off season.

He feels most strongly about the children and the elderly people in the community and as a result has been involved with DARE Education Foundation and the Outer Banks Hospital. He meets with the Hospital Board and other boards for retirement communities to understand the needs of the elderly to see how, as a business, he can solve their needs.

Mr. Gupta is keenly aware that SCF must help bridge the gap between the have and have not’s to the extent possible and as such will make every effort to continue to do this.